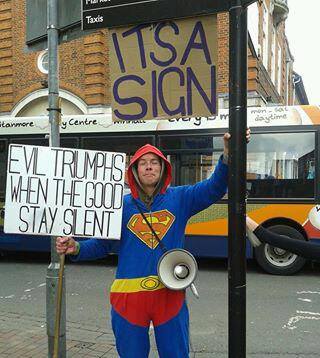 This is the response that Haydn Burton got from his Member of Parliament when he sought his help over a number of issues.  Haydn, who had had something of a troubled life, became known in Winchester as a public campaigner.  He was frequently seen in the city centre conducting one-man demonstrations dressed in his Superman outfit.

In particular he was known for his activism on behalf of New Fathers for Justice.  After a divorce his much-loved little daughter had been placed in the sole custody of his mother.  Haydn was allowed no contact with her under the ruling of the Family Court.

But despite the hurt, he picked himself up and turned to campaigning as a response.  He broadened the range of issues that he took on.  As well as Fathers’ rights, he challenged the public authorities over other contentious matters, including asbestos in the council housing stock and child abuse.

Such campaigns were not well-received by many of those in authority.  Haydn was quite frequently harassed by police, on one occasion being assaulted by officers and private security guards in the grounds of Winchester Cathedral which left him with lasting back injuries.  On another occasion he was physically pushed and shoved by P.C.s whilst conducting a typical one man demo outside the city’s Great Hall, before being unceremoniously bundled into a police car without being cautioned, and driven off to custody.

Later in the evening he was de-arrested.  The officers seem to have thought better of their actions in view of the presence of witnesses on the scene.

At all events the last person who was ever going to help him was Winchester’s M.P. Steve Brine who has a track record of refusing to represent constituents who ask him to handle difficult, morally challenging questions.  Like others of his ilk Mr Brine is full of apparent hustle and bustle on issues which can get him a good photo call locally and promote his career in government.

He is not so forthcoming on matters where he might tangle with the powerful and compromise his promotion prospects.  All of Haydn’s issues were a “no-no”.  Others have also been put to the ban by Mr Brine.  If they have been too persistent, the police have even been known to turn up on their doorstep to “lean” on them.

Meanwhile, by 2015 Haydn had acquired a Criminal Behaviour Order after having been convicted in Winchester Crown Court for a minor public order offence.  This rendered him liable to immediate imprisonment if he was arrested on any new complaint whilst the order was in force.

This happened on May Bank Holiday 2015 when Haydn was arrested and consigned to Winchester Prison.  The circumstances of the complaint that led to his arrest have never been entirely clear, but there have always been suspicions of both malice and mendacity on the part of the complainants, both women who claimed implausibly that Haydn had assaulted one of them.  Haydn was not a violent man and certainly had no record of hitting women.

​In July of 2015 Haydn Burton died in prison.  He was found hanging in his cell. 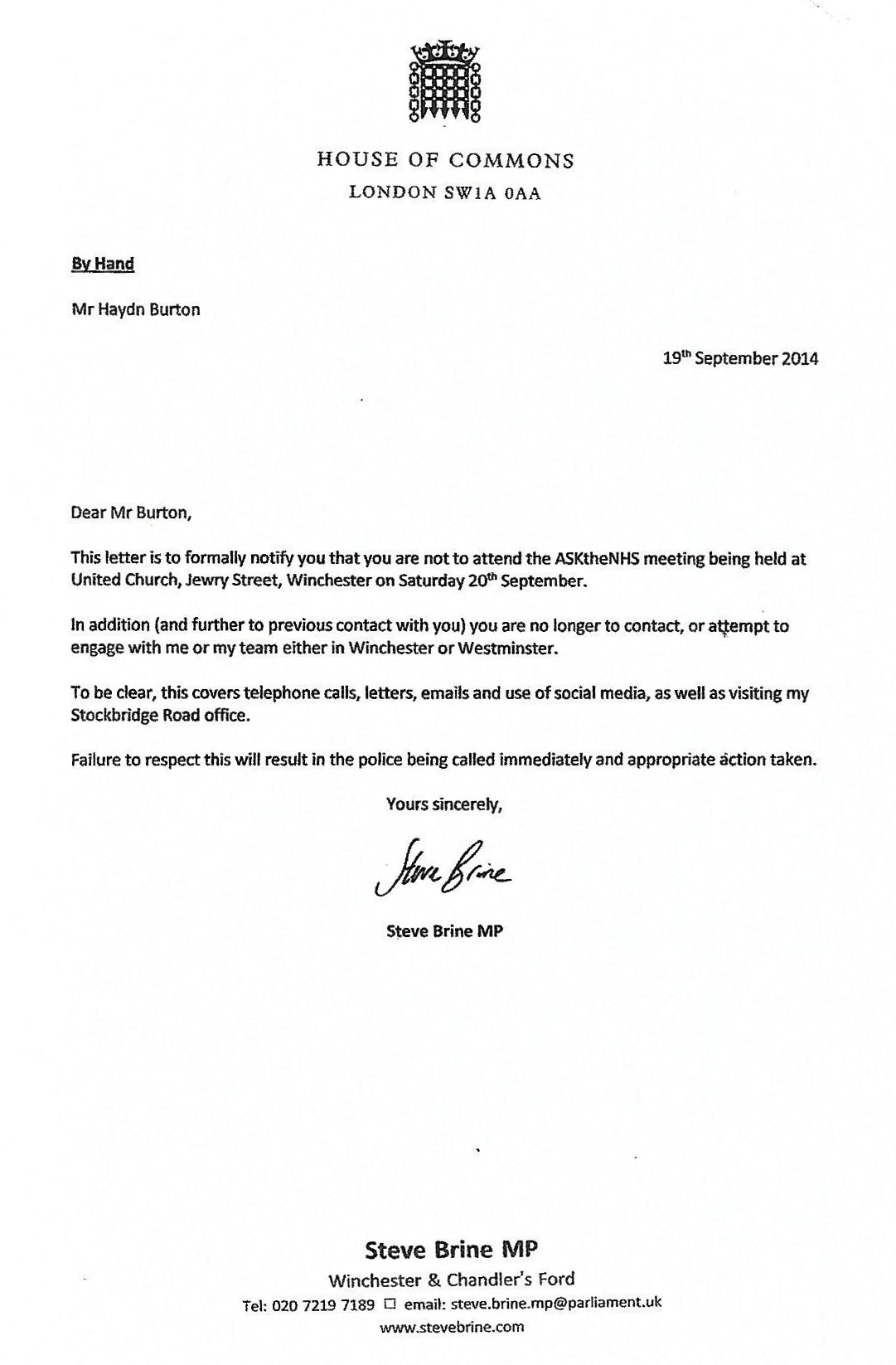